Benicians for a Safe and Healthy Benicia submitted a 132-page letter to the City of Benicia on September 15, 2014, the final day to submit comments for the public record on Valero’s dangerous Crude By Rail proposal.

Download the BSHC letter here.
(See page 1 with Table of Contents below)

Benicians For a Safe and Healthy Community (“BSHC“) respectfully submit this Response dated September 15, 2014 to the Draft Environmental Impact Report For Valero Benicia Crude By Rail Project (“Response“). Unless defined otherwise hereunder, capitalized terms and/acronyms used herein that are defined in the Draft Environmental Impact Report (“DEIR“) will have the meaning given to such terms in the DEIR. The Response includes this written response together will all prior oral and written comments to the DEIR provided by BSHS to date. BSHC would like to thank the many individual members of BSHC who contributed to this Response. Follow-up consultation with BSHC and the City of Benicia’s formal response to BSHC should be directed to Marilyn J. Bardet. 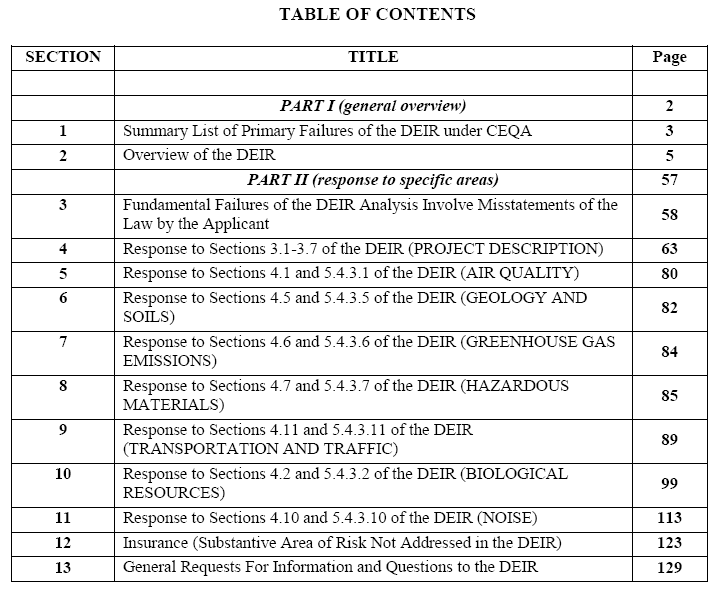 Handouts from our June 28 Workshop on How to Read and Comment on Valero’s DEIR:

The following materials were distributed by the City of Benicia at a June 30, 2014 Planning Commission Workshop on the California Environmental Quality Act and Reviewing a Draft Environmental Impact Report: